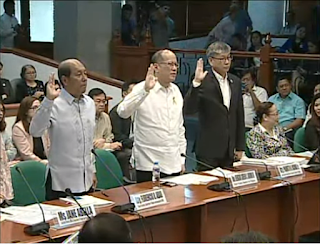 MANILA – A second criminal complaint was filed against former President Benigno “Noynoy” S. Aquino III before the Office of the Ombudsman on Friday in connection with the alleged anomalous purchase of dengue vaccine, Dengvaxia.
Gabriela party-list Reps. Emmi de Jesus and Arlene Brosas charged Aquino with violation of Republic Act No. 3019, or the “Anti-Graft and Corrupt Practices Act.”
The two complainants had earlier filed a petition for mandamus before the Supreme Court (SC) to compel the government to provide free consultations and medical services to children who were injected with the vaccine distributed by Sanofi Pasteur (Sanofi).
Sanofi has cautioned the prescription of Dengvaxia to patients who have not had the virus in the past, such that it may cause severe diseases in the long run. 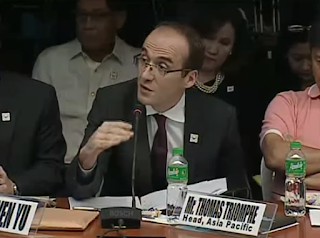 After six years of studying clinical data, Sanofi said it has found that Dengvaxia was only beneficial in the prevention of dengue fever to those who have already suffered from the other serotypes of the virus.
Former Technical Education and Skills Development Authority Director General and erstwhile Iloilo Rep. Augusto Syjuco, Jr. charged Aquino and former Department of Health Secretary Janet Garin for mass murder and plunder over the Dengvaxia scam last week.
The DOH has ordered the suspension of the vaccine program, while the Food and Drug Administration (FDA) has ordered Sanofi to stop the sale, distribution, and marketing of Dengvaxia. (PNA) 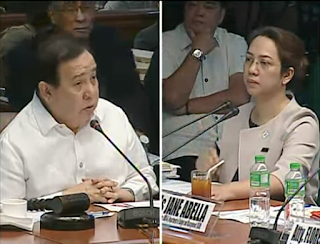