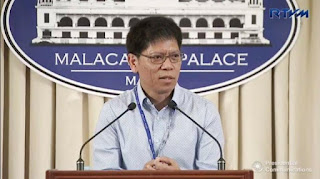 The government has been very supportive of companies providing ride-sharing services in the country, the Land Transportation Franchising and Regulatory Board (LTFRB) clarified on Tuesday, August 22, but also emphasized the need for a balance between innovation and regulation.

“The government, particularly the Department of Transportation, has been very supportive and will continue to be supportive of this ride-sharing technology,” LTFRB Chairman Martin Delgra III said during a press briefing in Malacañan.
At the same time, Delgra urged Transport Network Companies (TNCs) to cooperate with the government in ensuring that Filipino commuters receive regulated public transport services.
“We just want to get better regulation so that we’d be able to address a very good balance between innovation and regulation,” he said.
“We’re not trying to stifle the technology. We just want to get the operators compliant and work with us in a transparent, even in a very transparent and honest way,” he added.
According to Delgra, TNCs are not supposed to fight with LTFRB. “We are supposed to work together to address common public transportation issues,” he said.
He also explained that LTFRB had been addressing problems on the accreditation of TNCs since last year, citing serious issues of accountability and pricing.
Delgra said the Board received several complaints on price surges in December last year.
LTFRB then summoned the two TNCs in a hearing to ask for clarification regarding the price surge.
“So during that hearing, it was clarified na talagang umaabot ng mga five, six times as much as the normal rate ‘yung surge,” Delgra said.
He added that the Board immediately issued an order setting a cap of times two the normal rate, adding that the cap remains at present.
Delgra also cited the issue of accountability, wherein TNCs would say that they have nothing to do with the Transport Network Vehicle Services (TNVS) “except that they are our what they call, ‘independent contractor.'”
“But at the same time, if there are cases filed against Uber and its TNVS, they are very protective of their TNVS, ‘yung Transport Network Vehicle Service,” he said.
“To say that if mayroong nagrereklamo na mga pasahero and ‘yung pasahero eh magtatanong kung sino ‘yung driver? Saan kami magrereklamo ng operator? Uber would say, ‘I cannot disclose those information, not unless the operator of the driver would consent to the disclosure of such information,’” he said.
Delgra, however, noted that Republic Act No. 10173 or Data Privacy Act covers private interest.
“We have told Uber that the protection of the law covering private interest ends when public interest… when you undertake a public transportation service, then you assume a public responsibility. And that is what we have been calling the attention of Uber and Grab for that matter — na hindi pwedeng magtatago doon sa batas na ‘yun,” Delgra explained.
“Kasi you are open to public scrutiny when you take in passengers for a fee. Eh matagal. And then on account of that, we were trying to get their data. They were very stingy, “kuripot” on the data, both Grab and Uber,” he added.
On the concerns of the public regarding rude taxi drivers, Delgra said the LTFRB is set to meet on Wednesday with the largest taxi organization in the country to address the issue, among others.
In a bid to educate the drivers of their responsibility as public utility drivers, the LTFRB has launched the Drivers’ Academy Program in June and started the first batch of seminars all throughout the country last week.
Delgra noted that 733 public utility drivers participated during the first batch of the seminar.
“There are even programs on anger management, on traffic rules, as well as the driver having to understand the terms and conditions of the franchise,” he said.
“That is what we’re trying to address na pati ‘yung driver would really be able to take it to heart that public responsibility that ‘pag hahawak siya ng manibela, no less than the lives and limbs of his passenger is at stake,” he added.
0 44
Share FacebookTwitterGoogle+ReddItPinterestLinkedinTumblrTelegram