MINDANAO RAILWAY PROJECT TAKES OFF, GETS INITIAL FUNDING FROM CONGRESS 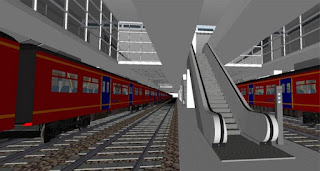 The Appropriations Committee of the House of Representatives has recently earmarked an initial amount of Php6.58 billion to jumpstart the project. The amount will primarily fund the first segment, which will run from Tagum – Davao – Digos. The appropriation comes more than a month after the National Economic Development Authority (NEDA) approved Phase 1 of MRP, which will cost PHP35.257-Billion via general appropriations.
Committee member and Surigao del Sur Rep. Johnny Pimentel said in a press conference over the weekend that the MRP “is an enormous project” and that it is important that it is “finally taking off and not being kicked around anymore.”
In a statement, Sen. Sonny Angara also hailed the administration for approving Phase 1 of the project, which he said is a dream come true for the people of Mindanao.
“A train system can be a ticket out of poverty for many of them. Cheap, reliable and fast movement of goods would increase incomes and value to products,” said Angara, who is also the Senate’s Ways and Means Committee chairman. “It is also a driver for peace because as communities become interconnected, economies are linked, growth spreads, and travel brings cultural exchanges.”
Phase 1, which is targeted to start construction by the third quarter of 2018, is a 105-kilometer line that is expected to reduce travel time from Davao del Norte to Davao del Sur from 3.5 hours to just 1.3 hours. It will have eight stations: Tagum, Carmen, Panabo, Mudiang, Davao Terminal, Toril, Sta. Cruz, and Digos.
Phase 1 of MRP, the first rail system outside Luzon, forms part of the entire 1,530-kilometer circumferential and spur rail lines that will connect Davao provinces, Iligan, Cagayan de Oro, General Santos, and Zamboanga. It is targeted for completion by 2021.
0 75
Share FacebookTwitterGoogle+ReddItPinterestLinkedinTumblrTelegram