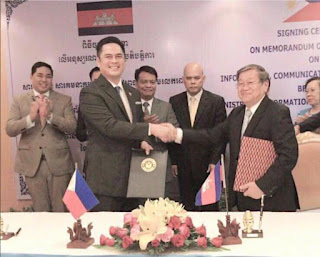 SIEM REAP, Cambodia — The Presidential Communications Operations Office (PCOO) and the Ministry of Information of the Kingdom of Cambodia signed here on Friday a Memorandum of Cooperation (MOC) aimed at fostering greater media collaboration.

The accord was the two countries’ first bilateral professional relationship in information sharing seeking to further promote awareness and understanding among peoples through information, campaign and communication programs.

Both parties agreed to collaborate in information exchange and share multimedia materials which may include news and information, radio and television programs such as dramas, documentaries, children’s programs and entertainment, which will cover the political, economic, social and cultural aspects of life in both countries. 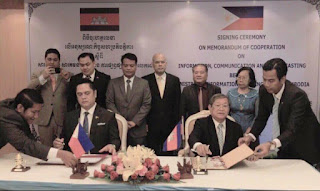