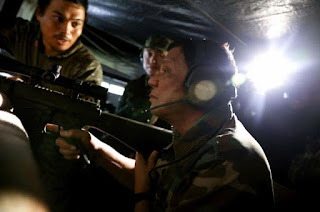 Clad in full battle gear, President Rodrigo Roa Duterte visits the war-torn Marawi City for the third time on August 24, 2017 to visit and boost the morale of the government troops from the Joint Special Operations Task Force Trident.

During his visit, the President shared words of encouragement to the troops and vowed anew that he will cover the educational expense for their children. He also handed financial assistance, food packs and watches.
Not minding the dangers of the ongoing battle to reclaim Marawi City from the terrorists, the President ordered his convoy to stop at an area outside the safe zone so he could inspect the damages near ground zero and talk to the troops guarding the buildings which were previously occupied by terrorists from the Maute Group. President Duterte also made a stop over at a temporary patrol base where he tried out a sniper rifle and fired it towards the direction of the enemies.
Accompanying the President are National Security Adviser Hermogenes Esperon Jr., Armed Forces of the Philippines chief of staff General Eduardo Año and Special Assistant to the President Christopher Lawrence Go. 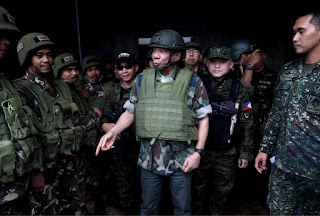 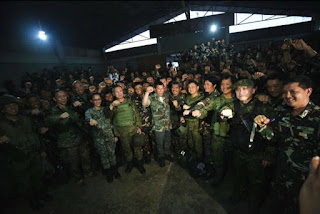 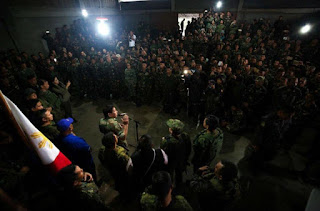 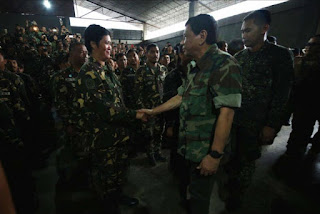 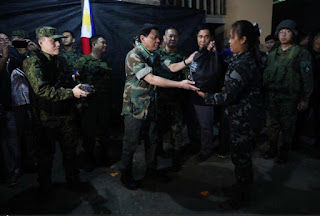